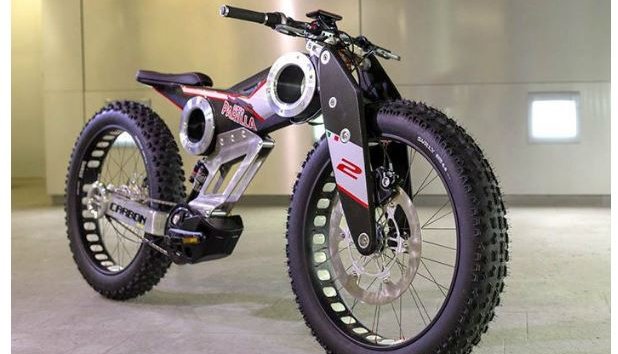 The Era of Electric Bikes and Cars

The Era of Electric Bikes:

We’ve said it before, and we’ll say it again: humanity is living in the golden age of rideable technology right now. In the past few years, electric motors have become smaller and more powerful, and batteries have become more capacitous and long-lasting — two trends that have coalesced and kicked off a renaissance in personal mobility devices. There’s almost too many of them to keep track of anymore, and the latest addition to the ever-expanding pack is arguably one of the coolest yet.

It’s called the Carbon SUV e-bike, and it’s the creation of engineer Zeno Panarari and designer Alessandro Tartarini. Initially conceived under the Caterham umbrella, the team broke away from the British carmaker in 2014 and founded Moto Parilla last year. Now the Carbon’s second prototype is up on Kickstarter to gather funding for production.

The bike has three frame sizes (small, medium, and large) and comes in two backer reward options: a 500-watt 48 V mid-drive with a 22 mph top speed, or a 250-watt 36 V Shimano Steps motor that tops out at 15.5 mph. Both motors run on a 12 Ah li-ion battery. For an e-bike, the specs aren’t bad: An eight-speed Shimano Nexus hub, front fork with 72mm of travel, 26 inch fat tires, and an LED screen in place of a dirt bike’s speedometer to display distance, speed, and battery status.